Dr. Hadjiev, one of New York’s leading allergy doctors, is a specialist in allergy and immunology. Immunology is the study of diseases that result from problems in the immune system. The immune system, which is made up of white blood cells that are formed in the bone marrow and travel in the blood stream and lymphatic system, is the body’s way of reacting to foreign and potentially dangerous substances in the blood and body tissues. When someone has an immune disorder, their immune system can be overactive or under-active. 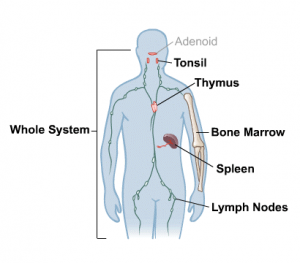 A foreign substance in the body is called an antigen. The immune system sees an antigen and develops proteins called antibodies that are produced in white blood cells and released to fight off the foreign substance. Usually, this happens in response to bacteria, viruses, and other pathogens, but sometimes the immune system develops antibodies to harmless substances, resulting in allergies. At other times, the body may even develop antibodies against its own tissues, which is what happens in autoimmune diseases like rheumatoid arthritis. Finally, the immune system may stop working. One example is AIDS, which caused by suppression of certain cells in the immune system by the Human Immunodeficiency Virus (HIV). This results in an inability to fight off infection.

Dr. Hadjiev sees many patients who have allergies to substances which are usually harmless. These patients develop antibodies, and when they are exposed to the substance, their body reacts as though they are fighting off an illness caused by a virus of bacteria. The reactions can be mild or very severe.

Allergists are specialists in diagnosis, treatment, and management of allergies, asthma, and immune disorders. Some of these disorders include hay fever (allergic rhinitis) and sinusitis, skin problems like hives or eczema, adverse drug reactions, disorders of the gastrointestinal tract caused by food allergies or sensitivities, and diseases that are associated with autoimmune responses to body tissues, like arthritis. Allergists also treat people with immune deficiencies. 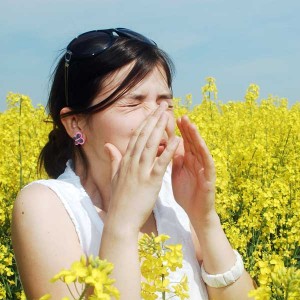 Dr. Hadjiev, one of New York City’s leading allergy doctors, warns that patients with immune system deficiencies may have symptoms like frequent infections, or infections that are difficult to treat. Sometimes people with immune system deficiencies acquire unusual infections that other people rarely get. Children with poor growth patterns, recurrent ear infections, recurrent pneumonia or sinusitis, may have an immune deficiency disorder. Swollen lymph nodes and an enlarged spleen are sometimes signs of an immune deficiency.

If you have any of the signs mentioned above, you should consider a consultation with Dr. Hadjiev, a top New York allergy doctor who is trained to diagnose, treat, and manage disorders of immune deficiency. Call 212-319-5282 today for your initial consultation.