If you struggle with allergies, chances are you have heard the word “histamine.” You have probably also heard about (and taken) antihistamines. Perhaps you have wondered what histamines are and why they cause so much grief for allergy sufferers.

Histamine is supposed to help your body fight off microbes that cause disease. So histamine should be one of the good guys. Unfortunately, sometimes the process goes wonky, especially when the body targets allergens as “dangerous.” That’s when histamine goes overboard and causes discomfort. 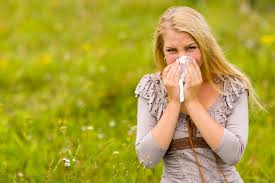 Your body has an amazing ability to fight off microbes that try to attack it. This is known as an immune response. When harmful bacteria or a virus invades, your body is primed to respond. A chain reaction is set into motion to neutralize and get rid of the invader.

This immune response is natural and is meant to protect your body. Histamine plays a role in this defense process.

Your body has something called mast cells that live in the tissues of the body. When a threat is present, the mast cells release histamines and other substances to help fight off the threat.

You also have a type of white blood cells called basophils. They also release histamine as part of your body’s immune response.

What Exactly Is Histamine?

Histamine is a chemical compound that plays an important role in the body’s immune response.

Among its many other functions, histamine helps white blood cells move through the walls of blood vessels to fight off the invader.

When the invader is an allergen (rather than a dangerous microbe), and when that allergen is present all the time – like pollen at certain times of the year – histamine goes overboard in its response. That’s how histamine is related to allergies and to those symptoms that make you so uncomfortable. 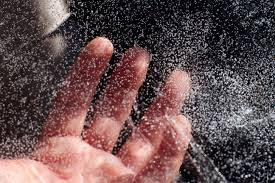 Allergies cause an excessive amount of histamine to be released in the body. Remember, histamine is supposed to help the body fight off microscopic invaders. But when histamine is released and no dangerous invaders are present, the results can be frustrating. You sniffle, sneeze, and cough. Your head hurts, and you feel achy. And it just keeps on.

Here is what happens on a microscopic level. With allergies, the body has decided that basic environmental substances are dangerous. The body attacks a dust mite or pollen as if it is bent on total destruction. The body overreacts.

Histamine to the Rescue (Sort of)

Remember those mast cells? They have proteins (called antibodies) that bind to them. You can think of those antibodies like sentries in a guard tower. They keep a close watch for particular allergens. When they see that allergen, the antibodies jump all over it to get rid of it.

When those antibodies go to work, trying to neutralize the allergen, the mast cells send out histamine to do its part of the job. You can think of histamine as the gatekeeper who makes the blood vessel walls permeable, so all those white blood cell troops can pour out.

Unfortunately, the excessive histamine response also makes you miserable. If you continue to breathe in those allergens, the chain of misery just continues, with no relief.

Histamine in an Allergic Reaction

Let’s look more closely at histamine’s role and how this is related to allergies. 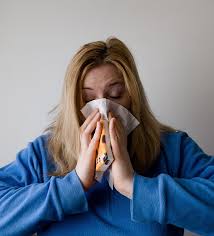 Because the walls of the blood vessels become more permeable during this process, fluid also flows through and into the body. This excess of fluid is what causes the runny nose you might associate with allergies.

The movement of blood cells, proteins, and fluid to the site of attack – whether in the mucus membranes, respiratory system, skin, or gut – also leads to inflammation, congestion, and sometimes constricted airways, as in asthma.

Even though histamine is supposed to help your body, in the case of allergic reactions, it simply makes you feel all those awful symptoms, sometimes to the extreme.

There is no reason to let histamine make you feel helpless. If you suffer from chronic allergic reactions, our allergist can help you. He will conduct an exam and a thorough review of your medical history. He will formulate a testing and treatment plan that is right for you.

Don’t wait until your next allergic reaction. Call Dr. Hadjiev right here in the heart of New York City and make an appointment today.