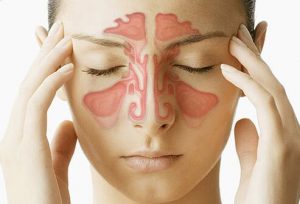 If you’re an adult, chances are you’ve suffered from sinusitis at one point in your life even if you’ve never been diagnosed. Sinusitis is an inflammation of the sinuses, which are the membranes that ensure the well-functioning of your nasal passages by producing mucus. Let look at what sinusitis is, the symptoms and how you can treat it.

While there are multiple types of sinuses in the body, sinusitis affects the intranasal sinuses directly. The inflammation can be caused by a variety of things. It could be caused by bacteria, fungi, allergies, viruses or by an autoimmune reaction in some cases.

When the sinuses become inflamed and mucus starts congesting your intranasal passages, then you’re dealing with sinusitis. Many doctors will also call the condition rhinosinusitis, since it will usually be accompanied by a form of nose inflammation commonly referred to as rhinitis.

What are the Symptoms?

The symptoms may vary depending on a variety of conditions, like the severity and length of the infection for instance. Symptoms will usually include an inability to smell, blocked nasal passages, facial pressure and pain and coughing accompanied with a thick green or yellowish nasal discharge. In some severe case, patients will experience bouts of fever, tiredness, halitosis, toothache, and headaches.

You should also note that the condition can be both chronic or acute. If you experience any of the symptoms mentioned above for more than 3 months, then you may be suffering from chronic sinusitis.

How Can it be Treated?

However, if you’re experiencing strong headaches that can’t be resolved with OTC drugs, swelling around your eyes and visual disturbances, or your symptoms continue for more than 10 days or even after taking antibiotics, then you should consider seeing a professional.

If you’re suffering from chronic sinusitis, then antibiotics won’t work since it usually isn’t caused by bacteria. However, it might be caused by a fungal infection. In these cases, antifungal drugs might be prescribed. You might be prescribed with a corticosteroid spray to treat recurrent cases. And if you’re suffering from allergic sinusitis, you can treat the condition by either taking shots or cutting exposure to allergens.

If you think you might be suffering from chronic or acute sinusitis and have been suffering symptoms for more than 10 days, then it would be wise to seek professional help. Contact us today to schedule an appointment with the best allergist in New York.