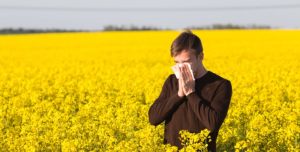 Allergic rhinitis is simply an allergic reaction that occurs when you enter into contact with certain allergens. Your immune system will often overreact to the allergen, leading to nose inflammation. While it’s named hay fever, the main culprit is usually pollen and symptoms are usually more prevalent during seasonal changes. It has been estimated that between 10% and 30% of people worldwide and 8% of US adults have suffered from allergic rhinitis at some point.

What are the Symptoms of Allergic Rhinitis?

Some of the symptoms of allergic rhinitis may include sneezing, a stuffy, itchy or runny nose, excessive coughing, itchy or watery eyes, sore throat, frequent headaches, dark circles or excessive fatigue, hives and extremely itchy or scratchy skin that can weep and blister.

Most of these symptoms will manifest themselves once you enter in contact with the allergen. In some cases, symptoms like fatigue or headaches will only manifest themselves after prolonged and continuous exposition. And even though it is often referred to as hay fever, fever isn’t actually a symptom.

Is There a Treatment for Allergic Rhinitis? 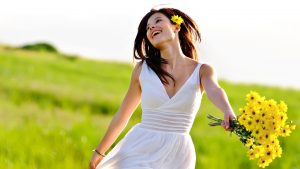 There are tons of different ways that you can treat allergic rhinitis. These can range from OTC and prescribed medication, to home remedies and alternative treatment.

Antihistamines will often be the first form of treatment that will be recommended to treat the symptoms of allergic rhinitis. They block histamine production, and since histamines are responsible for most of the symptoms, you’ll stop experiencing them soon after. Some examples of popular over the counter antihistamines include Benadryl, Claritin or Allegra.

Decongestants can also be used to treat symptoms, but only for a short period. They can help you relieve sinus pressure and a stuffy nose. However, you shouldn’t take them for too long or your symptoms could actually aggravate over time. Some examples of OTC decongestants include Sudafed, Zyrtec-D or Afrin.

In severe cases, your doctor might prescribe allergy shots as well. They will help diminish your symptoms over time. However, you have to be aware that you’ll need to be dedicated long term to the treatment for it to work.

If you feel like you’re suffering from allergic rhinitis or thinking of using medication, it’s always better to talk with a doctor first so that they can make recommendations. Call us at 212-319-5282 or Email us today to schedule an appointment with the best allergy specialist in New York City.