Food allergies are increasing. Recent surveys worldwide indicate them to be on the rise. This includes among both adults and children. In the United States, food allergies have becoming increasingly prevalent among children under children under 18 years of age. In fact, it is also the current fifth leading chronic disease in America for all age groups.

Since 1997, statistics indicate a rise in food allergies among American children and adults. Food allergies are the result of an autoimmune response to an allergen substance in food. Although generally harmless to the majority of the population, this same food causes a hypersensitive reaction within the autoimmune system. The result can be as mild as a small rash and as major as life-threatening anaphylaxis shock.

The triggers generally remain the same as they have over the past 20 years. Common food such as nuts, eggs and shellfish continue to dominate as allergens. Researchers and allergists are still trying to determine what is causing the spike in food allergies.

A number of theories are being tossed about to explain the rise in food allergies. Below, you will find the most common ones. None of them have proven to be the definitive cause for this increase. 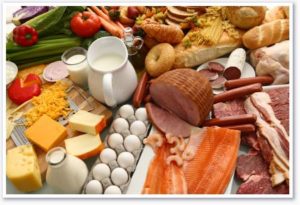 These are currently the major theories explaining the rise in food allergies over the past two decades. However, it is not yet possible to arrive at a singular conclusion. Only further in depth research in this area can provide us all with greater insight into what continues to be an intriguing and unanswered health problem.

Call our offices at 212-319-5282 to schedule an appointment with the best allergist in New York City.

← What Are The Tests For Allergies?
The Facts About Gluten “Allergies” →