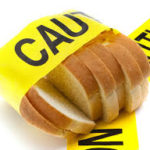 Gluten is a hot topic in the world of food these days. It makes its presence known on the book shelves in stores and online. It is talked about on television shows and online media. Magazines relate the latest recipes and inform us on celebrities who have gone happily gluten-free.

This is a major change. Only a few years ago, gluten-free products were difficult to find. They were also expensive. At that time, they catered to a small group of people – those suffering from Celiac disease.

Today, gluten-free food has gone mainstream. You can purchase it in local grocery stores. It is available in large chain outlets. No longer do you only have the limited options of ordering gluten-free food online or buying it from a small health food store.

This has nothing to do with an increased interest in the autoimmune disorder called Celiac disease. This health issue is an actual abnormal reaction to gluten. Simply stated – Celiac sufferers have no choice. They must avoid gluten at all costs. Eating it causes extreme digestive upset and can actually result in destruction of the villi (small components in your stomach responsible for absorbing nutrients). 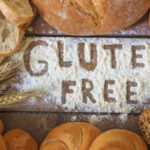 This new rage for gluten-free food is tied with a celebrity fad, incited by the work of Dr. William Davis as expressed in Wheat Belly. While early research gave some credence to the concept of a gluten-allergy, more recent and thorough work has concluded otherwise. While Large numbers now claim what is called a non-celiac gluten sensitivity (NCGS), statistics indicate that this number could, at most, be 6 percent of Americans or, more accurately, closer to 0.6%.

The reality is, the majority of those who have decided to omit gluten from their diet, refusing to eat anything containing wheat, barley or rye, are not suffering from any allergy, intolerance or sensitivity to gluten. They may actually feel better because of a number of factors, including expectations they will do so. In fact, current research found only a very small percentage of those who omitted gluten from their diet actually benefitted from it.

The Facts about Gluten Allergies 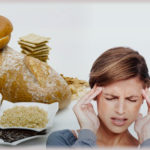 This is not intended to detract from those who really do suffer from physical pain when they eat food containing gluten. It is to point out the facts concerning the gluten-free movement. Wheat is not harmful. Gluten is, as reputable nutritionists, dieticians and researchers continue to point out, not at fault. Gluten is digestible for the most part by the majority of people. While celiac sufferers must always have a diet that is gluten free, only very, very few others can join them in asserting their medical right to do so.

← Why Are Food Allergies On The Rise?
What Is The Difference Between A Normal And Allergic Reaction To An Insect Bite/Sting? →