What Are Food Allergies?

A food allergy causes the body to perceive certain foods as harmful when they aren’t. In other words, the body shows a certain allergic reaction against specific food and in results shows visible symptoms of allergic reaction. Most of the allergic victim reported that they do not experience the current allergic reaction in childhood or early stages of life.

The mode of action of the immune system is to identify the foreign substance to conduct immune response and produce antigens against harmful invaders. But in some people, this mechanism becomes hyperactive and unnecessarily produces certain allergic symptoms against specific food such as celiac diseases.

People are very much aware of the food allergies, but most of them are still unaware of the mechanisms of transmission. Its transmission is not passive, and it doesn’t spread like respiratory diseases, but rather it spread through with quite rare internal phenomena.

Immune-globulin mediation: The mediation strengthens the immune system of a person and releases antibody against certain food that person is allergic to. IgE shows specific symptoms when reacting with food.

Non mediated immunoglobulin: It also shows visible symptoms of allergic reaction but does not produce any antibody against it. 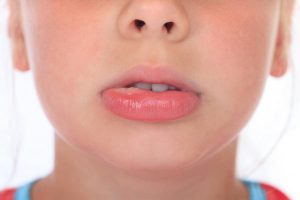 The immune globulin mediated food allergies mostly develop in children and infants and especially caused by milk, eggs, and wheat. The allergic reaction can occur on any part of the body including skin, gut, eyes, and mouth. Some symptoms are listed below;

As described earlier, food allergies occur in people who have a built-in hyperactive immune system. These overactive elements tend to spread in people who experience blood transfusion and those who are the recipient of a donor organ. In such cases, the beneficiary receives certain food allergies via donated blood or organ. As screening for blood and organ are not considered necessary for donation. But luckily, our immune response does not allow them to do their job permanently and soon after these transmitted cells become inactive in the recipient.

It’s possible for the person to develop food allergy if they experience liver transplantation. But this “liver transplant acquired food allergy” tend to appear more in children as they are at the early stage of immune development. The frequency of allergic reaction is more frequent in initial stages of transplantation, and after the period the severity becomes low. Hence it appropriate to say that it is contagious but not in traditional point of view.

The Allergic proctocolitis is an allergic reaction that is carried out by lactation. This condition leads to intestinal inflammation of infants which cause watery mucus filled stool and blood-streaked stool. Infants may sometimes develop green stool, fussiness, and anemia. But these symptoms can be ceased if mother avoids distressful food in their diet. 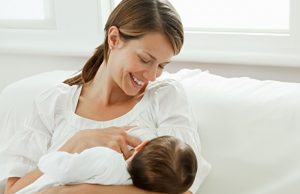 As food allergy tends to develop more in children/ infants, it is recommended to mother to avoid certain foods during lactation. Always consult a nutritionist in case of proper nutritional advice for you and your children.

Call our offices at 212-319-5282 to schedule an appointment with the best allergist in New York City.