How Are Allergies Treated? 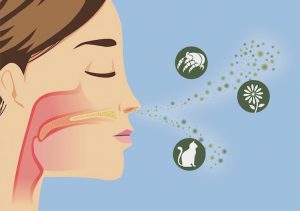 Allergies can be treated in a wide variety of ways. The way you treat your allergy will depend primarily on the severity of the allergy and the nature of the allergy in question. If your allergies are that serious that they could actually directly affect your life quality, then it would be wise to get a consultation and know the full range of treatments at your disposition. In this article, we’re going to give you some of the most common treatment options for various types of allergies.

Nasal sprays are some of the most common types of treatments for different types of allergies. While some can be found over the counter, others require a prescription as well. However, there are many types of nasal sprays available and they all work differently.

One of the most popular type of nasal sprays for the treatment of allergies are steroid sprays. They will work by reducing swelling and inflammation in the nasal passageways to facilitate airflow and relieve congestion. They’re the best for the most severe congestion cases and persistent cases. However, they aren’t usually the fastest acting.

Antihistamine sprays work by stopping the flow of histamine in your sinuses and nose to relieve symptoms.

Decongestant sprays are another short-term solution but should not be used for a prolonged period of time since people might start to build tolerance and symptoms could actually become worse over time. Salt sprays can be a better solution. Their effect might not be as dramatic, but they don’t have as many side effects either.

A variety of drugs, both prescription and OTC, can be ingested in the form of pills or liquid to stop the effect of allergens. In addition to nasal sprays, you can take antihistamines orally as well. Decongestants may also be taken orally to reduce the symptoms.

This type of medication will block the release of certain chemical releases by your immune system to prevent symptoms from manifesting. These will usually work better when comes the time to prevent certain reactions instead of treating them, so they will be prescribed before the high season to prevent episodes from happening.

Immunotherapy is also a long-term option to treat allergies. It works by introducing a tiny bit of the allergen into the system little by little so that it doesn’t start triggering the production of immune cells. More will be introduced over time to neutralize the production. Immunotherapy can be administered in the form of drops of shots.

If you want more information about the various treatment methods and want to know which one would be the best for you, it’s advised that you consult a professional. Contact us today to schedule an appointment with the best allergy specialist in New York.