If you or a loved one suffers from asthma, it’s important to know what to do in case it becomes severe. If you are on the right medication for asthma, chances are that you can avoid an asthma attack. However, there is no guarantee and you should always be alert. Some people suffer from asthma in certain weather conditions while others may experience severity from dust or pollution. Let’s see how you can stay in control during an asthma attack. 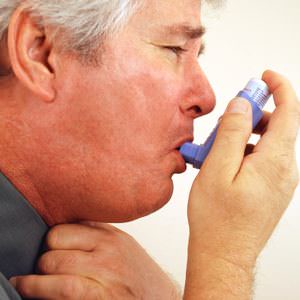 What Is An Asthma Attack?

There are many symptoms of asthma which we will discuss shortly but an asthma attack is characterized by the worsening of these symptoms. The attack is initiated as the muscles surrounding the airway become tightened, a condition known as bronchospasm. During the attack, mucus is produced that is thicker and more in quantity than normal while the lining of the airway also becomes inflamed. Together, these conditions cause a difficulty in breathing, coughing and shortness of breath which interferes with normal airway functioning.

Not everyone who has asthma experiences the same symptoms in the same way. Different symptoms may appear at different times and may also vary from one attack to another. While some people may suffer from asthma symptoms daily, others go long periods of time without them. This also means that some people suffer from asthma only during a specific activity, such as during exercise, or during a viral infection, such as cold. Common symptoms of an asthma attack include:

What to Do In Case Of an Asthma Attack

Certain changes start taking place before an attack and are early signs that your asthma is worsening. By staying alert, you can take early action to prevent or reduce the impact of an asthma attack. Such early signs include:

If you detect any of these early signs, it’s important to find and keep your inhaler with you and immediately take one or two puffs. If you feel the attack getting severe, sit down and try to take steady breaths. You can take two puffs every two minutes up to 10 puffs if your breathing is still constricted. If the condition worsens even more, you should call an emergency center or a loved one who can provide immediate help.

It’s very important for people who have asthma to get the right treatment and know all the reasons and causes of their asthma attack. Get in touch today at 212-319-5282 to book your appointment with one of the best NYC allergists and learn more on how to keep your asthma under control without disrupting your daily routine.

← How to Deal with Exercise Induced Asthma
Allergy Shots: An Effective Treatment →