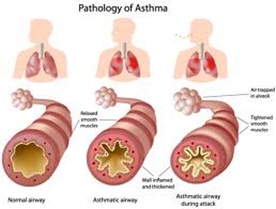 Asthma is a chronic inflammatory medical condition that affects the airways. A common medical condition, asthma is characterized by episodic symptoms that are usually referred to as asthma attacks. Symptoms of asthma consist of wheezing, coughing, tightness in the chest, and shortness of breath. Asthma is an incurable medical condition, but its symptoms can be managed. Still, asthma is considered to be a potentially dangerous condition, and possibly even fatal. When suffering from asthma, it’s important to have regular checkups with an asthma doctor. 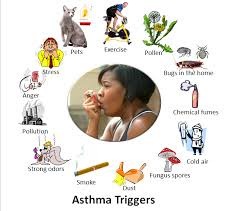 Causes and Symptoms of Asthma

The symptoms may change over time and it’s important to adequately change the course of treatment. The cause of asthma is still not entirely understood. Doctors believe that there are several risk factors that may lead to the development of asthma. These factors could be divided into two groups – environmental and genetic. Environmental risk factors include:

Allergens, such as dust mites, animal material, mold and cockroaches
Air pollutants, such as tobacco and traffic smoke pollution
Organic compounds, such as formaldehyde. Genetic risk factors, such as having asthma in the family, have also been shown to be relevant. Also, people with atopic diseases, such as atopic eczema and allergic rhinitis, are more likely to develop asthma at some point in their life. Symptoms:

These symptoms usually appear more – and are worse – in the morning and the evening, after exercise and when exposed to cold air. Asthma attacks are also triggeredby certain substances, most notably allergens, tobacco smoke, sulfite containing foods and air pollution.A wheezing noise is produced during an attack because the airways become tighter. This interferes with normal passage of air, which in turn causes the feeling of shortness of breath. A person with asthma will also have an inflammation of the bronchial tubes. This inflammation has to be treated because it may play a part in potential lung damagethat can be caused by asthma. An asthma doctor should evaluate it and recommend treatment. Treatment 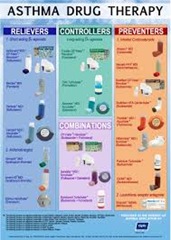 Treatment options for asthma symptoms include:

Leukotriene antagonists, can be used in addition to corticosteroids and LABAAsthma medications are usually administered by inhalers.

SABA as well as anticholinergic drugs are used for in the short-term type of treatment for symptoms. Anticholinergic drugs should only be used by people that can’t tolerate SABA. Corticosteroids are the most common medications used for long term treatment of asthma, and are also usually administered by inhalers, unless in very severe cases, when they are administered orally.

If you want to learn more and get medical advice, contact us today to schedule an appointment with the best Allergy Doctor in NYC 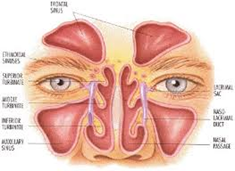 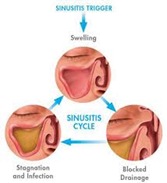 The name of the blog came from my Google search results. The most common term that people used to find my website. “Best Allergist NYC”. So, as a humble person, I cannot take credit for the title completely.

What I would like to do is write in layperson terms about the common problems I treat and occasionally, discuss actual cases that I treat. The most common types of problems that I will discuss are:

Please stop by often and see what new posts I have to share. If you would like me to discuss any specific topics please feel free to email me.